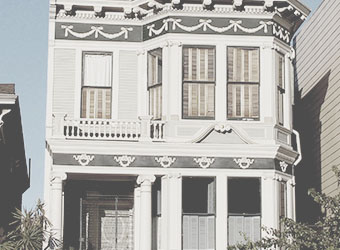 If you have read Property Management History Part I, you know we have been taking a brief look at the history of property management.

For those who haven’t: So far, we pointed out that urbanization – starting in the 19th century - created lots of demand for rentals in growing cities, and gradually owner-managers collected enough rental assets that they began to employ caretaker managers.  But Beginning in the 60s and 70s, when people began to move around more frequently, professional managers capable of sales and marketing and leasing emerged - and the modern property management business began to emerge.

As many of you also know, the volatile economy of the 1980s saw dramatic ups and downs in the housing market: many savings and loan banks went bust and the federal government, through the Resolution Trust Corporation, gained control over large numbers of foreclosed rental properties. These required sophisticated managers who, in addition to their many other duties, needed to know how to market apartments in different economic environments.

And then major tax reform legislation passed in 1986 eliminated several tax laws favorable to apartment owners, dramatically decreasing the appeal of real estate as a way to avoid taxes. Suddenly, “investment properties had to produce actual income - and owners now looked to managers for asset preservation and income maximization,” according to professors Rosemary Carucci Goss of Virginia Tech University and Howard Campbell of Ball State.

That meant a good manager had to find innovative ways to reduce expenses and increase revenues. Doing that required that the manager understand the property owner’s goals and budget—as well as the local real estate market. (And the 1990s saw the emergence of Real Estate Investment Trusts, many of which were public and so brought added pressure from stockholders on managers to increase returns.)

Property management firms that could maximize returns and increase the value of a property became ever more valuable, and could charge higher fees for their performance. In high-rent areas like East Bay, where rental units can generate a great deal of income—but the market is complex and regulations tricky—managers need a large, sophisticated skillset if they are to be successful. And they need technology to keep track of it all.

And of course the housing market in California is unique. Between 1970 and 1980, home prices in the state went from 30% above US levels to 80% higher, due to high demand and limited supply, as well as high land and construction costs. Today, an average California home is two and a half times the average national home price, and the median monthly rent in the state in 2013 was $1,240, almost 50% higher than the national average, according to the California Legislature’s Legislative Analyst’s Office.

The financial crisis of 2007-2008 brought prices down in many US markets, and metro markets on California’s cost got hit especially hard, but prices rebounded in California more quickly than in most states, and they have been rising rapidly since 2012, due to the same supply/demand factors. Navigating such a market—with extreme high prices and rents—is no simple task for owners and property managers.

Where is This All Going?

Little is certain, as history shows, but we can comfortably predict this: Going forward, property managers will need to be fluent in multiple property submarkets, from low-income and affordable markets, to the middle market, to the lifestyle market that serves the affluent, as well as the student and retiree markets and other niches.

Good managers need to know finance, marketing and management, and will also need to be technologically savvy—by using the latest applications and software—to successfully compete in the 21st Century.

Adam and Eve—and maybe even their pet serpent—would be impressed.

‍ A good portion of these articles’ source material is drawn from the work of professors Rosemary Carucci Goss of Virginia Tech University and Howard Campbell of Ball State University in their 2008 paper that surveyed the existing literature on this topic.