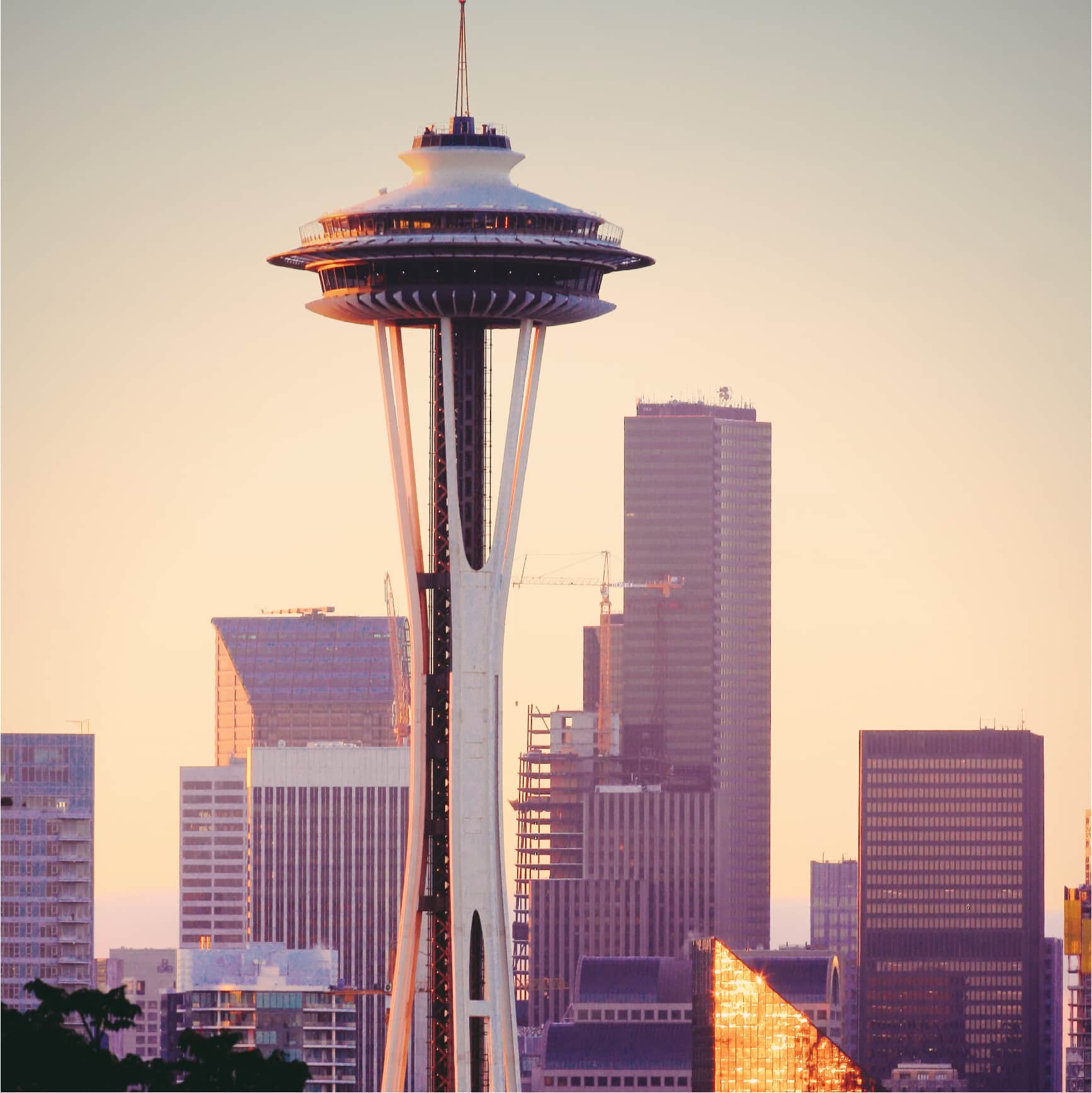 Enrique Jevons: All right. Good to see you again.

Why is Seattle Ideal to Own Investment Property?

‍Steve Rozenberg: Good to see you. So today I want to talk about being an investor and buying properties in Seattle Pacific Northwest. Now, you and I are both investors. We love owning real estate. You've got, I don't know, 4000 properties. I don’t know what you own. You've got a lot of real estate that you own. You're a big believer. I am, as well. Tell our guests, why do you think Seattle Pacific Northwest is the area to own property. What are some reasons, in your opinion, that it makes sense?

‍Enrique Jevons: Yeah, it definitely makes sense and, obviously, yes I am always purchasing. Right at the moment I happen to have 73 homes and apartments, but I've had up to over 200. So I've done things—I've partnered with other folks in the past. That 73 I own, those are currently ones that I personally own by myself without any partnerships. But I have partnered before. I've also repositioned and sold properties and so it just depends on, as the market has gotten really good, I've actually been more on a selling spree than buying spree.

But there is money to be made in either market going up or down. Seattle is a great area to buy in, as is the entire state of Washington. So the beautiful thing about Seattle, as is true of a lot of other cities—with San Francisco Bay Area, Portland others, you know, Austin, Texas—there's all sorts of cities throughout the United States that are booming and doing really well. So Seattle is one of the cities that is doing exceptionally well. Amazon has been on a huge hiring spree for many years now and continues hiring away like crazy. So thank you to everybody out there who is purchasing items on Amazon.com because that's benefiting myself indirectly and personally.

But because there's such a high demand, there's a couple of reasons to purchase rental properties. One is for cash flow. And certainly that's what's important for a lot of people is they want or need that immediate cash flow. And the secondary purpose is appreciation. And that's where cities that are doing exceptionally well like Seattle, appreciation is a huge play.

And it's a combination of both in many cases.

So the closer you get to the central nexus, the central hub of Seattle, of course, the property is going to be much more expensive. It's less likely it's going to cash flow; however, the appreciation is going to be there. However, when you buy the property, just because it doesn't cash flow today, doesn't mean it's not going to cash flow five years from now. And that's what I think a lot of people disregard or don't think bout is that, in the rental business, it's much more of a long-term play.

And so if you can purchase a property, add equity to the property by rehabbing it, repositioning it, getting those rents up and then you can refinance it to pull some of your money back out. It may not be cash flowing initially, but five years from now, as the market goes up, you're able to raise the rents appreciation goes up. Now it's going to cash flow. And it also makes it a great selling opportunity. So very much like flippers try and buy, rehab, sell within six months, well, I do a lot of the same, but I'm doing it in much slower pace, right? I'm buying, rehabbing, raising those rents, refinancing, but then also at that 5-10-year mark is when I'm also starting to sell properties.

‍Steve Rozenberg: So you are kind of doing a long-term flip. It’s like a simmer, I guess you could say. We'll call it a somersault. Not a flip maybe. But if you were to think of properties 30 years ago in the Seattle area, if you would have bought 10 properties in downtown Seattle 30 years ago, I think all of our lives would be different right now, right? It's safe to say. I grew up in Los Angeles. Same conversation.

‍Enrique Jevons: Right, in the center core of Seattle. But the farther you get out, so you start getting an hour away, you actually can, today, purchase properties and they do cash flow.

Impact of Employers in and Around Seattle

‍Steve Rozenberg: Because you're in Yakima, you have a lot of properties in Yakima, right?

‍Enrique Jevons: Yeah, so I’ve got stuff in Yakima and that’s like two-and-a-half hours away from Seattle. And that is cash flowing day one. And it's appreciating so it's great. But it's more on the cash flow side. Also close to Seattle is the city of Tacoma. Tacoma stuff will cash flow day one and we're just talking about an hour drive south of Seattle. So there is stuff still. It starts to appreciate less but cash flow more the farther you get out, but, certainly, it's a combination of both. It's not an either-or. The other beautiful thing about Seattle and in some other major cities is that they have so many sources of income. So it's not just a one-business town. It’s not just Amazon. It’s not just Microsoft.

‍Enrique Jevons: Boeing is a huge employer. There’s a lot of little companies. But there’s also lost of shipping—huge shipyards with shipping coming in from China and such. And there's just so many other sources of income.

‍Steve Rozenberg: Tourism. You’ve obviously got a lot of tourism there so that’s stable.

‍Enrique Jevons: Tourism, yeah. And the cruise ship industry taking cruises to Alaska. Things like that. Yeah. So all those are things that you want to look for because that's going to be an indicator of how successful that city is going to be in the long run. And so, Seattle is one of those cities that has all of that.

‍Steve Rozenberg: That's great. So, Enrique if somebody wants to talk to you more about buying in Seattle or having Mynd manage their properties, how do they get ahold of you?

‍Enrique Jevons: Best way is going to be by email. So go ahead and pop off an email to me at Enrique.jevons@mynd.co. So it's e-n-r-i-q-u-e.j-e-v-o-n-s at m-y-n-d.c-o. Or just google it because—

‍Steve Rozenberg: You'll find him. And for anybody that wants to know more about investing, I ask that you please join our Facebook investing group. It's called the Mastermynd Real Estate Investment Club on Facebook. People like Enrique and myself are actually on there, engaging and having conversations. We are investors just like you and we are in the “heat of battle.” We buy stuff. We deal with stuff. We are conversing and learning just like everyone else is.

Also, if you'd like, go to our website, mynd.co. M-Y-N-D.C-O and you can find out more information about us there and all the other markets that we service. I am Steve Rozenberg and Enrique, thank you so much today for being on the show. I appreciate it.

‍Enrique Jevons: Yeah, thank you very much. Really appreciate it.

‍Steve Rozenberg: All right. And we will talk to everyone later. Bye-bye.

Seattle and the Pacific Northwest, overall, are an attractive region for both new and veteran investors. For those developed and more cosmopolitan areas such as the central core of Seattle, a purchased property may not provide an investor with much cash flow; however, the value of that property will inevitably appreciate over time. Likewise, in areas away from urban cores, such as Yakima, properties are likely to provide investors with cash flow immediately.

With so many major and minor companies in varying fields such as tech, shipping and tourism, the Pacific Northwest boasts a robust and stable economy that is great for anyone looking to jump into the investment game or simply expand their portfolio. 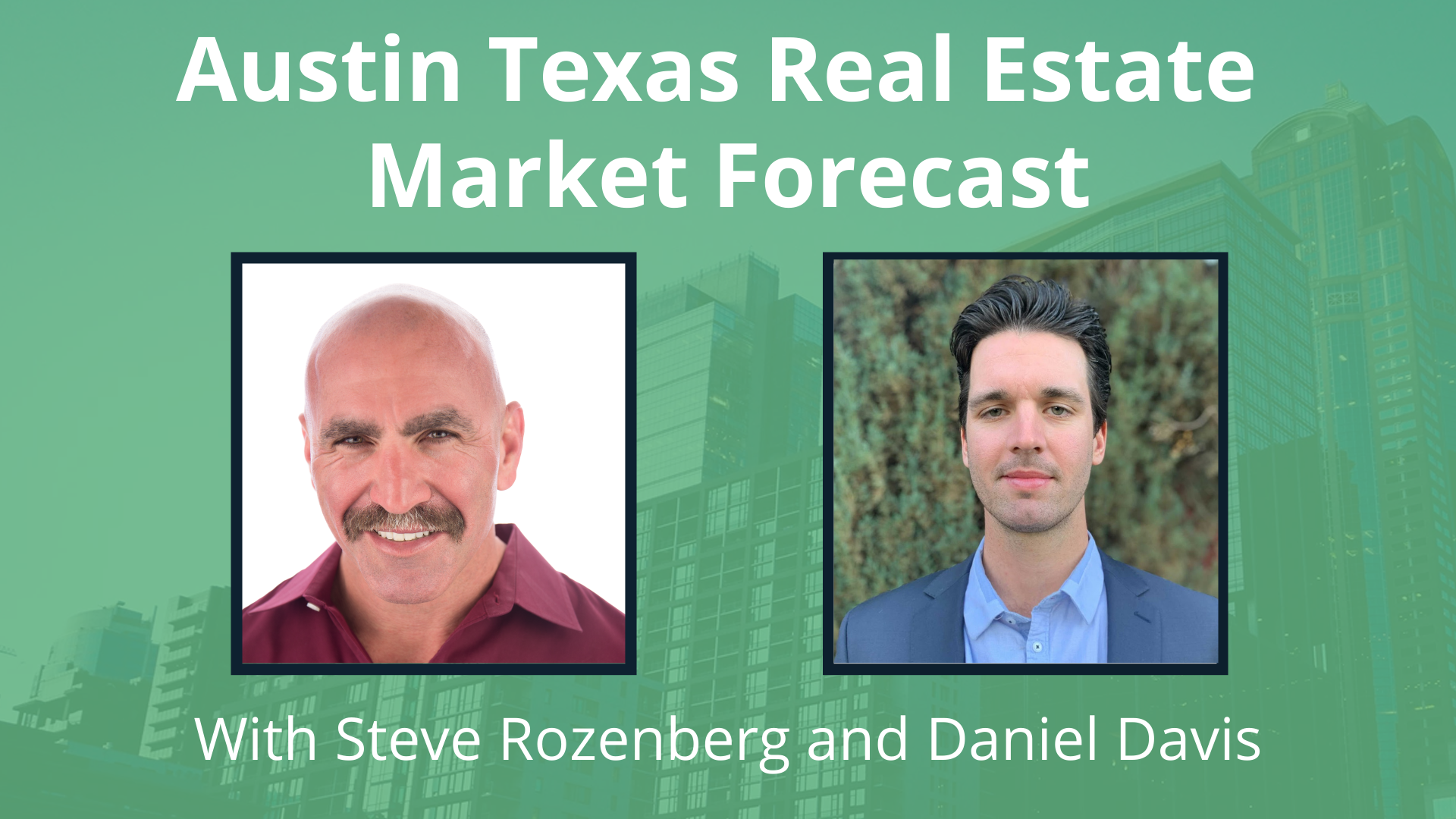 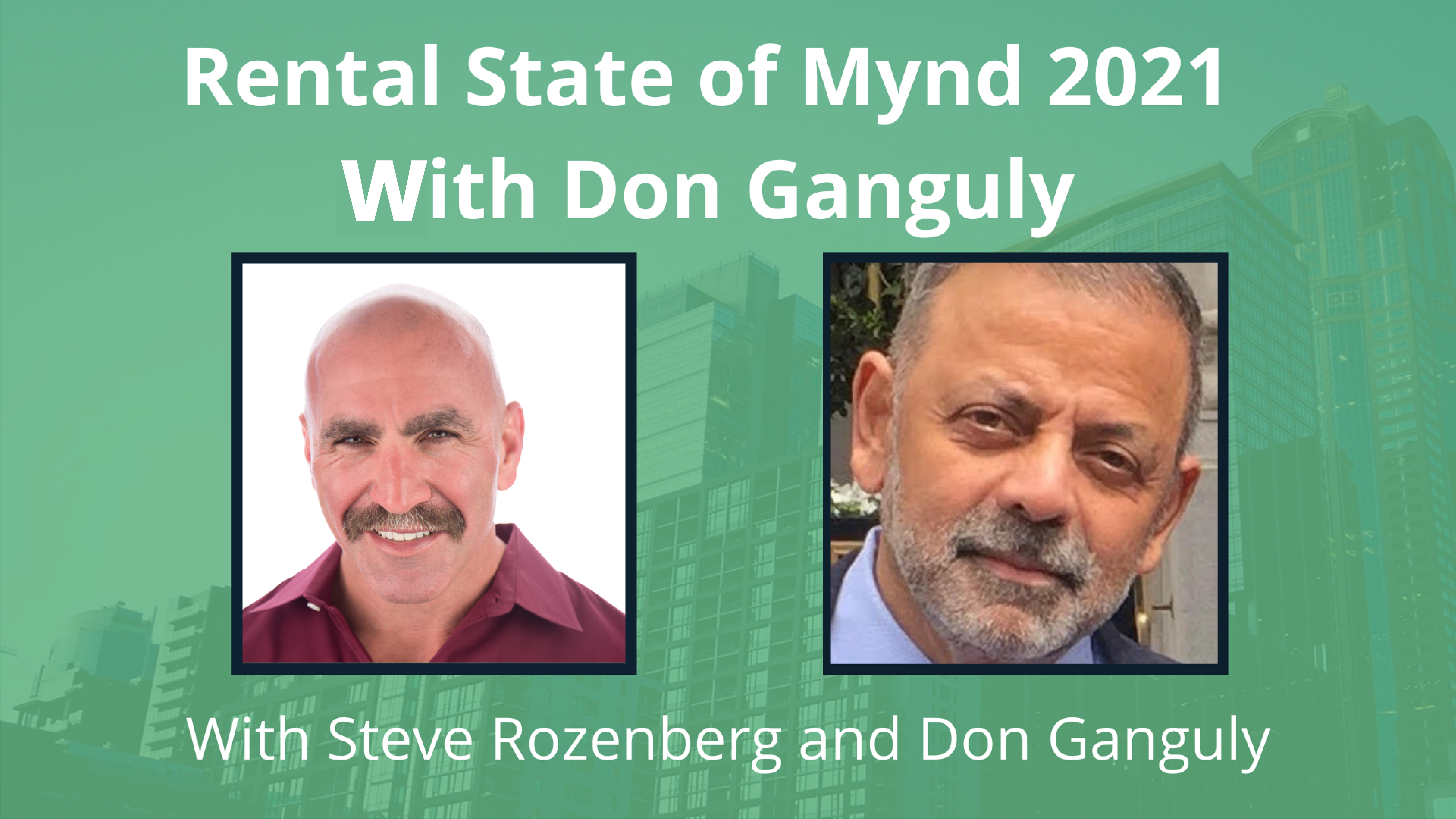 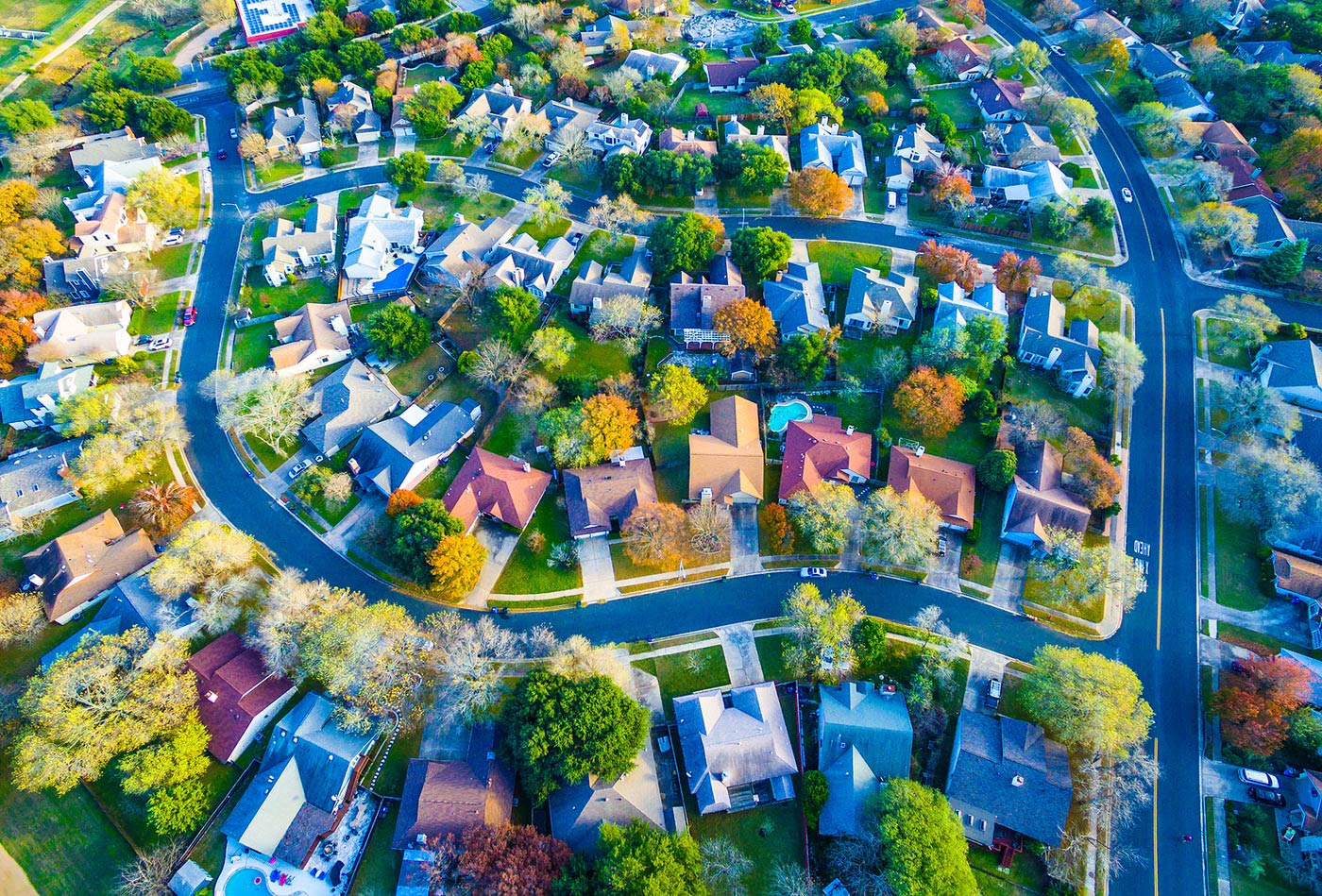 Why Should I Purchase a Rental Property in Round Rock, TX 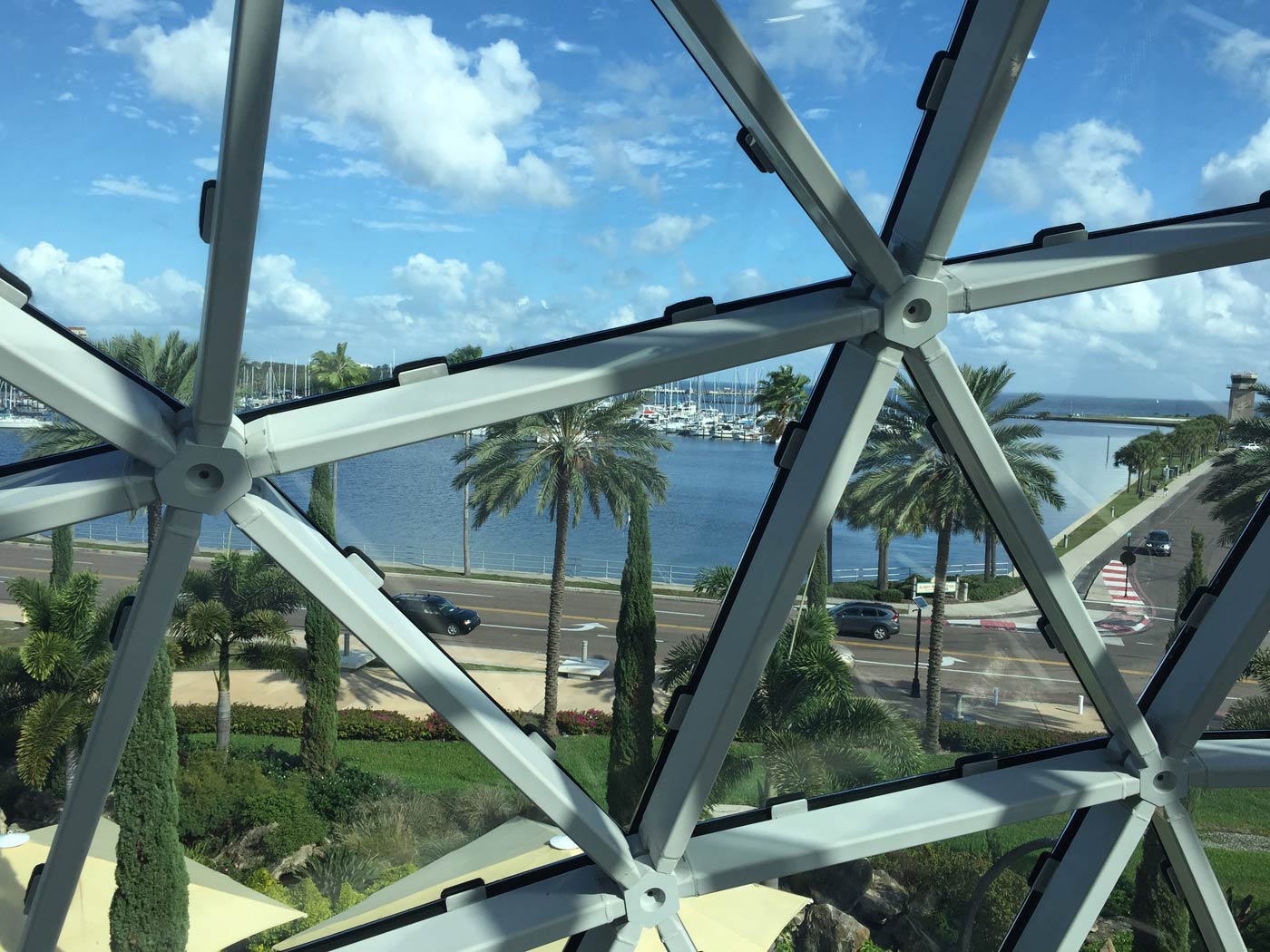 Why Should I Purchase a Rental Property in St Petersburg, FL